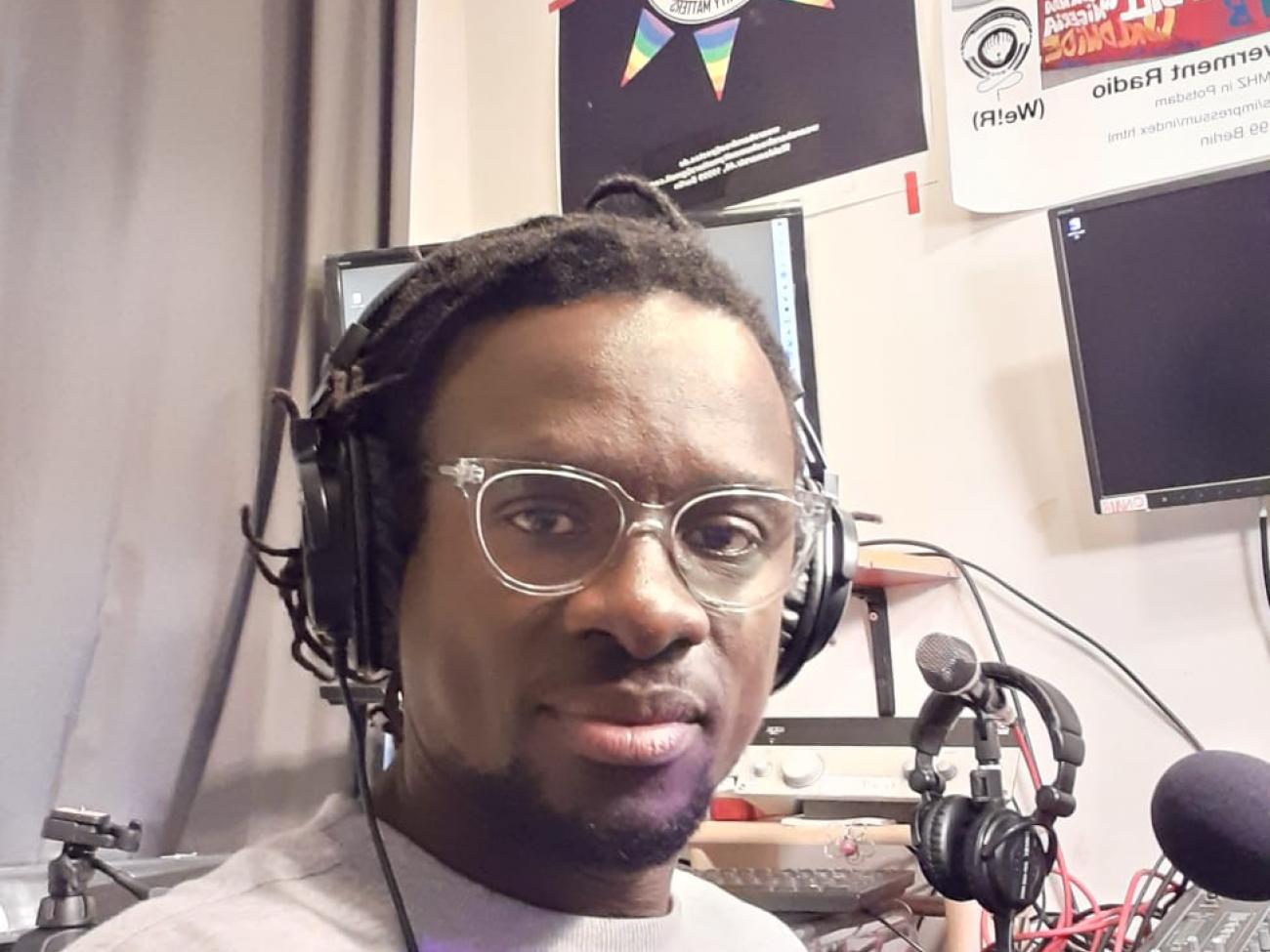 The first episode of Undisturbed, a new story-telling podcast has been published on podcasting platforms.

I, Bijan Sabbagh, introduce activist faces around the Europe on Undisturbed. Join me in listening to the stories they have for me!

Undisturbed music is created by Jonas. All derivatives of podcast possible according to “Creative Commons BY-NC-SA 4.0” which includes honoring the producers.

In this episode I talk with Muhammad Lamin Jadama. Jadama is a Senegambian activist having moved to Germany in 2011. He appeared on the Oranienplatz movement as a photographer and experienced an alternative way of life which was already happening in 2012 on the streets of Berlin.

He was a photographer in Italy since 2008 and has worked with Italian zines. He talks about Senegal and Gambia and he talks about Oranienplatz and Gerhart-Hauptmann Schule in Berlin. His photos were featured in 2015 and 2016 in different exhibitions throughout Berlin.

Undisturbed is another podcast from Colourful Voices, and is partially funded by Netzwerk Medien-vielfalt. We run on public donations.

Don’t forget to check my other podcast, Kandahar in Farsi!

You can send us your voice messages through Anchor. Just find your favorite podcasting app among one of the links below, and hit that beautiful “Subscribe”! 🙂

You may republish this article, audio and/or video online or in print under our Creative Commons license (usually at least CC BY-NC). You may not edit or shorten the text, you must attribute the article to Colourful Voices, and you must include the author's name (editorial name in the post) in your republication. If the article is marked as "Not Creative Commons Licensed" it is subjected under normal copyright.

The license for featured images is given below and excluded from the Creative Commons License.

(Translate this text in 26 different languages)